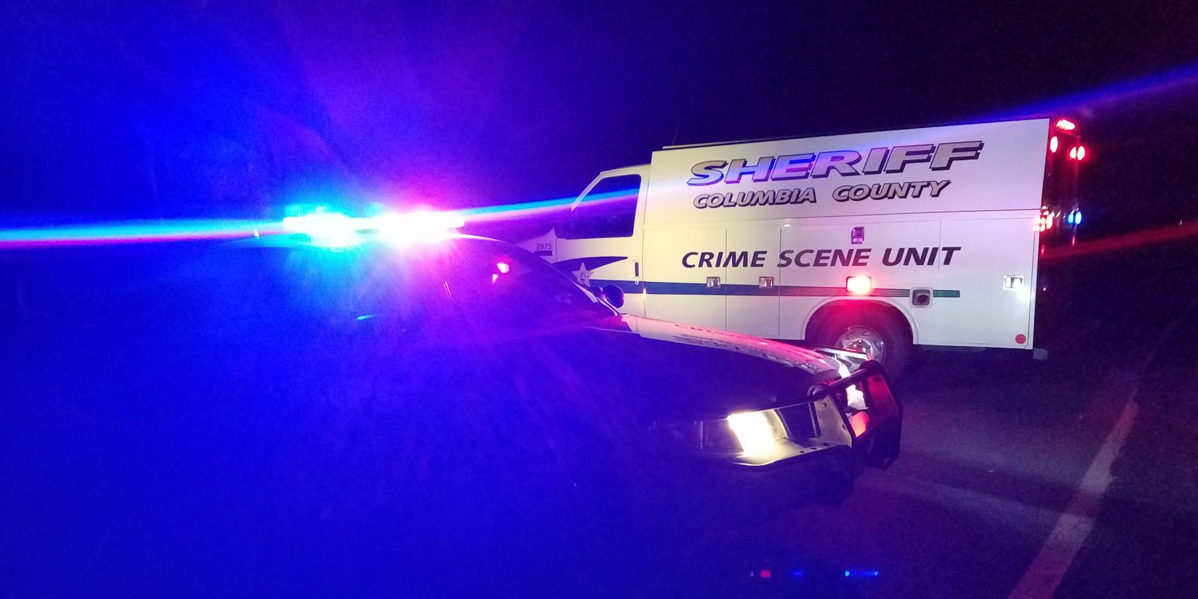 Wednesday night, August 8, Detectives were called to the scene of a homicide in the 300 block of Raven Ln in unincorporated Columbia County.

At about 8:30 pm, patrol deputies responded to a service call to assist EMS medics who were out with a male lying in the street on Raven Ln. The deputy arrived while EMS medics were treating a male, later identified as James Hall.

Hall was combative and aggressive with the medics and deputy. After Hall attempted to batter the deputy, the deputy deployed his taser on Hall, detained and placed him in handcuffs for everyone’s safety.   Hall began making strange statements about cats and alligators all around him.

The deputy noticed what appeared to be dried blood on his clothing and he asked Hall if the blood was from the cats and alligators and Hall replied “do you want the truth?” The deputy said yes and Hall then told the deputy he had killed his girlfriend and she was in his room at a home down the street.

Additional units were summoned and checked Hall’s residence to determine if someone was injured inside. A body of a female was found in the bedroom.  Detectives were called out and assumed the investigation.

The victim has not been identified at this time. Detectives worked throughout the night processing the scene.  The victim has been taken to the Jacksonville Medical Examiner’s office to determine cause of death and collection of forensic evidence.

James Hall, 37 of Lake City was arrested and charged with murder, battery on a law enforcement officer, fire fighter or EMT, possession of control substances, and possession of drug paraphernalia. He was booked into the Columbia County Detention Facility with no bond.

This case is active and ongoing.

Late Thursday afternoon, the victim was identified as Sherry R. Croker, 41 of Lake City and her family was been notified.