After a nearly year-long investigation, two Columbia County residents were arrested for homicide resulting from their involvement in an overdose death.

On August 14, 2020, deputies responded to a residence in Columbia County for a female who was unresponsive. The female was transported to the hospital where she was pronounced deceased. Preliminary investigation revealed signs of a possible overdose. That information led detectives on an extensive investigation and resulted in the arrest of two local individuals who supplied the illegal narcotics to the victim.

Christopher Jones (52) and Rosandra Crusaw (43), both of Lake City, were charged with homicide once the investigation was concluded. The charges stem from their involvement in supplying illegal drugs to the victim in this case.

In a statement, Sheriff Mark Hunter said, “Legislation now provides us with the ability to hold people accountable when they cause the death of another person by supplying them with drugs.
I want to assure our citizens that we will aggressively pursue those who poison our community and will use every available resource to hold those individuals accountable.”

Both Jones and Crusaw are being held in the Columbia County Detention Facility without bond. 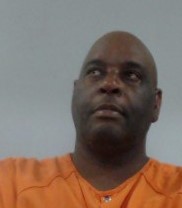