Mary Rhodes Robertson went missing from her home near the area of SW Parker Lane and SW Barwick Terrace on May 6th, 2015.  She was last seen by her husband at their home at approximately 10:00am, an hour later she was gone.  After looking for Mary himself, along with the help of neighbors, the husband called for law enforcement to assist in locating Mary.

Family reports that Mary Robertson had wandered away from her residence before, however she had been quickly located by family or neighbors and returned home.

Mary Robertson was 61 years old when she went missing, she would now be 64 years old. Her 65th birthday will be in July.  Mary was last seen wearing a blue shirt with white floral print and denim type pants with dark blue flat shoes.  She wore her hair dirty blond/gray in a short cut, and is 5 feet 4 inches tall, weighs approximately 96 pounds and has blue eyes.  She is a white female.

Mary Robertson had a disability that would prevent her from being able to live life on her own. She was on daily medications that she would not have had with her when she disappeared.

Several local and state agencies assisted in conducting a large scale search utilizing bloodhounds, aircraft, ATV’s, horses, and volunteers on foot, to search for Mary continued for approximately one week. Detectives and Deputies conducted door to door searches and canvassed a large area around the home, neighborhoods and wooded areas within a vicinity  No trace of Mary was ever found.

Detectives followed up on tips that came in to the Sheriff’s Office from people believing they had seen Mary, however Detectives following up on those tips didn’t find concrete evidence that it was Mary that they saw.

Anyone with information as to where Mary Robertson may be is urged to contact the Columbia County Sheriff’s Office Criminal Investigations Division at 386-752-7015, or you may call anonymously to Crime Stoppers of Columbia County at 386-754-7099. 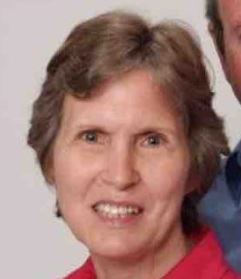