On Tuesday, September 8, the Columbia County Sheriff’s Office recovered a large amount of stolen property taken in two separate burglaries that occurred over the weekend.

The investigation began Monday morning when deputies were called to Westside Elementary School to investigate a burglary. During the previous weekend someone broke in the school and stole 21 laptop computers and related gear. A burglary also occurred at Mt Caramel Baptist Church near the school during that time frame.

On Tuesday, Deputy Dandra Cole that took the initial report was scanning the police department’s radio channel and heard on their radio that LCPD had stopped a car with several laptops in the vehicle. She responded to the traffic stop and identified the laptops as the ones taken in the burglary of the school.

Detectives were called to the scene and continued the investigation. The vehicle was occupied by a teenager and a parent. The teen, at the prompting of the parent, admitted to involvement in the burglaries. This teen and two other teenager suspects are not being identified due to the investigation being active and pending arrests.

All the property from the two burglaries has been recovered including the 21 laptop computers valued at over $10,000. 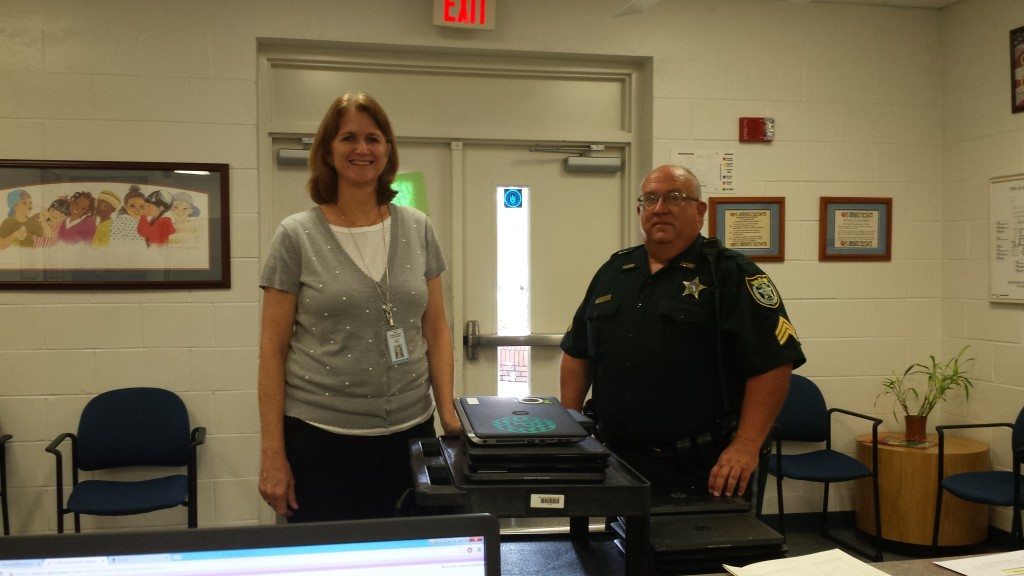